Rick Friend Oct 14, 2021 Rick Friend
Raoul, a young novice monk was tasked to look after the aging priest, Edgardo Mortara, near the end of his life in a small village in Belgium. Raoul was shocked to discover that Edgardo was once a Jew who had turned his back on the Jewish religion and his parents.Edgardo was abducted by the order of Pope Pius IX in 1858. When he was only six years of age, he was dragged from the arms of his parents in the back streets of Bologna to the rose gardens of the Vatican. The Pope thought it was justified to take the boy under his wing when the church found that he was secretly baptized by his father's maid who wanted to save his soul when she thought he was dying. There is world outcry. Christians and Jews from Sydney to San Francisco unite to petition the Pontiff to return the boy to his parents. However Pius IX refuses to return the boy to his family, risking his political power for the love of a son he calls his own.Edgardo was given many privileges as the Pope's "son" at a time when the Jews were in ghettos and starving. He never tried to return to his parents who were all but destroyed in their constant attempts to get him back into the Jewish faith.Raoul eventually realised that Father Mortara had not done much with his life in spite of the privileges he had as a child. Instead, he ended up as a sad character, beset with guilt and self-justification instead of reconciling himself to his beliefs. Raoul himself gradually became more aware that he must now choose between a life of passive stability or a life where he goes out into the world and affects changes.Almost 90% of the story of Edgardo Mortara's life and events are based on fact. This truly sad and perhaps unforgivable act of the Catholic Church should be seen against a backdrop of pre-unified Italy in the 1850s, a country overrun with Austrian soldiers, religious fanaticism and fierce anti-semitism at a time when the Pope was one of the most powerful princes in Europe. 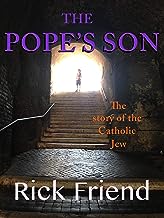